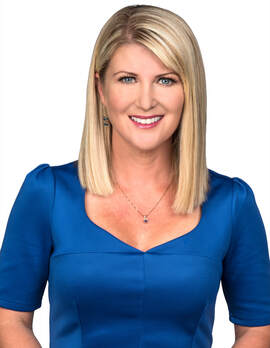 Monica joined NBC7 in 2004.  Most recently she launched a year-long investigation into the sex trafficking and exploitation of children in San Diego, CA and beyond.  The findings of her expansive investigation are the basis of a seven-episode documentary series and multimedia platform of content titled, “STOLEN,” available at nbc7.com/stolen.

In her nearly two decades at NBC 7, Monica has won Emmy Awards for coverage ranging from the 2007 San Diego Firestorms to the 2016 riots at the Donald Trump Rally in San Diego.
Monica helped establish the KNSD Academy, an experiential learning program at NBC 7 & Telemundo 20 that introduces high school students to careers in TV News.  She regularly emcees gala’s for a list of non-profit organizations that support children, sex trafficking survivors, and emergency preparedness/response. Monica is also an accomplished motivational speaker.

Monica Dean has lived and worked all over the world, but California will always be her home. Monica grew up in a military family and spent half of her senior year of high school as an exchange student in Australia.  She earned her Bachelor of Arts in English from UCLA and her Master of Science in Journalism from Northwestern University’s Medill School of Journalism in Chicago, where Monica was a Harrington Award recipient, Medill’s top honor for graduate students.

Monica began her TV news career in 1998 working behind the scenes at KTTV FOX-11 News in Los Angeles. She then worked on-air as a Washington D.C. correspondent for WCAX, the CBS affiliate in Burlington, VT.  From 2002-2004 Monica worked in Bakersfield, CA for KBAK/KBFX-TV, the CBS/FOX affiliates, where she received several awards from the Associated Press and Kern Press Club for her work.

Monica is passionate about family, faith and community. She is married and has three school-age children, all of whom are active in their community church.  Monica can often be found volunteering at school, teaching art to elementary students, moderating classroom book clubs, emceeing school events, hosting church youth groups, and inspiring future journalists through interactive presentations. On the weekends Monica is often cheering from the sidelines of her children’s numerous sporting activities and fine arts performances.
​
Follow Monica:
Twitter: @MonicaNBCSD
Facebook: facebook.com/monica.dean
Instagram: @MonicaNBCSD
Donate Now